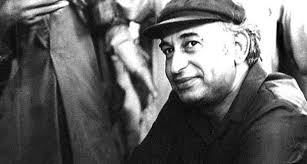 Undoubted it was many years after the untimely death of the Founder of Pakistan and Father of the nation, Quaid-i-Azam Muhammad Ali Jinnah that Mr. Zulfiqar Ali Bhutto emerged as the only leader who could be acknowledged as a genuine and popular national leader of the Pakistani masses. The tragedy of this great follower of Quaid-i-Azam was, however, that he rose to power in Pakistan at the most critical juncture of our history, when, as a result of misdeeds of the past rulers of Pakistan and those of the dictatorial regimes, Pakistan was divided into two as a result of international intrigues of the Super Powers and naked armed aggression of India.

It is an irony of fate that politicians with vested interests, their supporters and hand-picked intellectuals in Pakistan have spared no effort in the character assassination of Mr. Zulfiqar Ali Bhutto SHaheed. However, the question that arises is as to what were those rare qualities of Mr. Bhutto Shaheed that he lives in the hearts of the millions of Pakistanis despite negative propaganda against him.

Much before the founding of Pakistan Peoples’ Party in 1967, Mr. Zulfiqar Ali Bhutto Shaheed and acquired a distinguished status in international politics. However, as foreign Minister, he had risen to heights and emerged on the international scene as a great leader when, within and outside the Security Council, he pleaded the cause of the people of Jammu and Kashmir with great ability, devotion and enthusiasm. In fact his forceful advocacy of the Kashmir dispute earned him international recognition, on the one hand, and, on the other, he became and hero of the Pakistani Youth and the people of Kashmir. The role played by Mr. Bhutto Shaheed in strengthening Pakistan’s relations with its great neighbor-the People’s Republic of China, would also go down in the history of Pakistan as a unique event to be written in the letters of gold. In fact, he was the arch-intact of friendly relations between the two countries.

Like all great personalities, Mr. Bhutto was also a controversial figure. However, the biggest factor responsible for making Mr. Zulfiqar Ali Bhutto Shaheed as a con-traversal personality in the national politics and history of Pakistan was the establishment of the Pakistan’s Peoples’ Party itself. Although the establishment of any political party cannot be considered as an unusual event in Pakistan Politics but the establishment of Pakistan People’s Party was more than an earth-quake for the traditional politicians, civil and military bureaucracy and lender aristocracy. The manifesto of the newly established Pakistan People’s Party was an harbinger of a real revolution, which struck at the roots on the vested interests.

Mr. Zulfiqar Ali Bhutto was the first genuine leader in the history of Pakistan who emphasized on the sovereign will of the people and made it clear that in is the people who are the fountain-head of power. He created a consciousness among the people and made them realize that it is they for whom Quaid-i-Azam had created Pakistan, and it is they who are the masters and real heirs of the legacy of Quaid-i-Azam’s Pakistan. It is thus evident that such was this consciousness that gave a severe blow to the vested interests. However, Mr. Zulfiqar Ali Bhutto, during his short period of power in Pakistan, introduced and implemented far reaching and revolutionary reforms in all walks of life which benefitted the people and were detrimental to the vested interests and the supporters of dictatorial system.

Mr. Zulfiqar Ali Bhutto introduced reforms, especially in the fields of agriculture and industry which changed the lot of the common man. He introduced reforms in the health and education sectors, which brought a qualitative and quantitative change in the social structure. He increased military strength and started projects to increase military productions, and above all to counter and fail the nefarious designs of Pakistan’s enemy-India; he launched with full force the program of nuclear power, which ultimately took his life.

Mr. Zulfiqar Ali Bhutto rendered glorious and invaluable services for the cause of the solidarity and unity of the world of Islam. It is for these distinguished services that he is even now greatly respected among the people and governments of the Islamic world. It was he who, in Feburary 1994, brought together the heads of State and Government of the Muslim countries in Lahore, the heart of Pakistan and held the Islamic Summit Conference. This Islamic Summit was a milestone in the realization of the century’s old dream of the solidarity and unity of Muslim World. The Post-Philosopher of Islam, Allama Iqbal, who concaved the idea and demand of Pakistan, was a great advocate of Muslim unity. It was a tribute to Iqbal that leaders of the Muslim World assembled in Lahore where he lies buried.

Although Mr. Zulfiqar Ali Bhutto has left his lasting imprint in the history of Pakistan but he has to his credit a great achievement that he gave this country a unanimously adopted constitution of 1973. However, dictator Zia-ul-Haq made many amendments in this Constitution to perpetuate his tuition of 1973 is the symbol of the solidarity, territorial integrity, national unity and ideological guarantee of the god gifted-State of the Islamic Republic of Pakistan. This is the very reason that despite political difference, all leaders and sections of society and the patriotic people of Pakistan are unanimous in their demand that the constitution of 1973 should be restored in its original form.

To conclude, I would like to say that the greatest tribute which we can pay and should be acknowledged by every one is that Mr. Bhutto kissed the gallows but did not surrender before the will of a Dictator. He has earned the eternal love of the people of Pakistan and lives in their hearts.