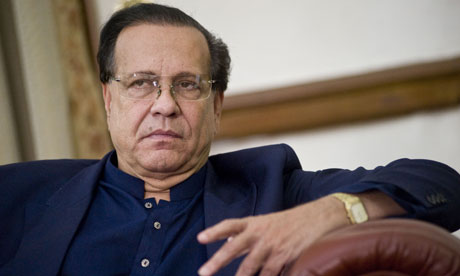 Although much time has elapsed after the assassination of the late Governor of Punjab, Salman Taseer, and his death anniversary also went unnoticed, I could not stop myself from writing about him as I happened to listen to some news about his abducted son. Taseer was shot down by one of his own guards in the kohsar market of Islamabad after he gave some controversial comments over the blasphemy laws in Pakistan. His words triggered a massive public anger against him as no one cared to know what his actual stance was. The religious sentiments of people in a country like Pakistan are very easy to be manipulated by the bigger players for their own interests and the same happened in the case of Salman Taseer.

Salman Taseer dared to talk about a law that is held most dear by most people; the Blasphemy Law. This law has been under severe criticism by the national and international community. I am not sure about the international players, but as far as national opponents of this law are concerned, they do not criticize the law itself, but the misuse of this by many people. The same concern was raised by the late governor. I am in favor of this law, but hold serious reservations over how people misuse it for their own gains. There are many in this country who know that when a person is blamed for blasphemy, he then has no place to save his life. Even if someone is acquitted by the court, he is killed in some extra judicial murders. Even police have been involved in some cases where such persons have been killed in police custody. People have their own motives when they blame someone for blasphemy. Sometimes they want to get their lands, houses, property and even their girls to marry when their elders are gone. In as many as more than 90 percent of such cases, the persons were held innocent by the court. This practice of false allegations is not merely limited to Christians or other non-Muslims but even many Muslims (greater in number than all combined non-Muslims blamed for blasphemy) have been blamed falsely and were later killed after being set free by the courts. So, one cannot say that this law is dangerous to minorities or is against them, rather everyone has fallen prey to its abuse.

The late governor was against such things. He did not voice his concern over the law but such practices. He wanted the person who blames someone of false blasphemous act to be severely punished if these allegations are proven wrong in the court of law. This was his true intention and many Pakistanis were with him for this cause. I am proud to be one of them. Such measures were about to be introduced in the constitution by the Musharraf government, but many religious leaders strongly opposed it. They threatened that if any such steps were taken, they will bring millions of people to the streets and the law of jungle will prevail in the country. It was because of their pressure that the government abstained from bringing any constitutional amendment.

But things have changed a lot after the assassination of Salman Taseer. It seems like his sacrifice has not gone in waste. The nation has now started to think with a newer perspective and it is very encouraging. The recent evidence of this shift is the Rimsha Masih case where a Christian girl was blamed for burning some pages of the Holy Quran. Now the reaction of the people was completely a newer one. They did not become extra emotional over it and wanted to hear the true story. They wanted the girl to be punished, but not by the mob or by some so called religious leaders; but by the court. The details of that case will be irrelevant here as the girl is now safe and sound and this case has shown an enlightened face of Pakistan where one can hope for beautiful changes to take place. Having said this, I would again like to salute that great leader for his courage and the coming generations will be grateful that he laid down his life for a bigger cause.

May his soul rest in peace!