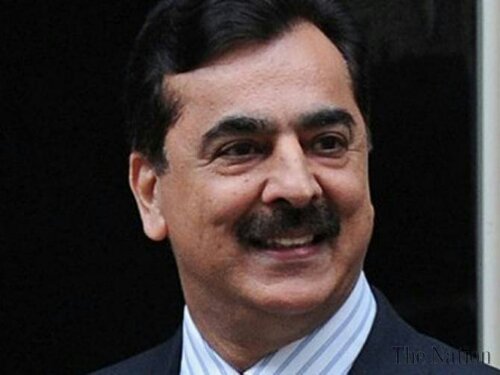 “I appeal to international community, donors agencies, local and international NGOs, political parties, federal and provincial governments to come forward to help the IDPs who are rendering sacrifices for future of the country,” he said this while talking to the media during his visit to the IDPs camp in Bannu district. He said there was a need to help the IDPs to mitigate their sufferings. “It is a national issue and we should play our role actively,” he added. Leading a delegation of Pakistan People’s Party (PPP) arrived in Bannu to evaluate necessities for the IDPs of North Waziristan Agency in the camps. Flanked by Opposition Leader in the National Assembly Syed Khurshid Shah and former information minister Qamar Zaman Kaira, Syed Yousaf Raza Gilani said that there was a need of an uninterrupted supply of water and power in the refugee camps. “We will asks the federal government to avoid carrying out loadshedding in the camps,” he added. The former premier said that Army jawans and IDPs are rendering sacrifices for tomorrow of the nation.  “We will not leave the IDPs alone and help them in this very difficult time,” he added.  Opposition Leader Khurshid Shah said that they would bring into the notice of Prime Minister Nawaz Sharif the problems being faced by the IDPs. He said the operation-affected would also be provided help and assistance from the PPP platform.